"This royal throne of kings, this scepter'd isle ... This blessed plot, this earth, this realm, this England, This nurse, this teeming womb of royal kings, Fear'd by their breed and famous by their birth" -- William Shakespeare, Richard II, II, i, 40. 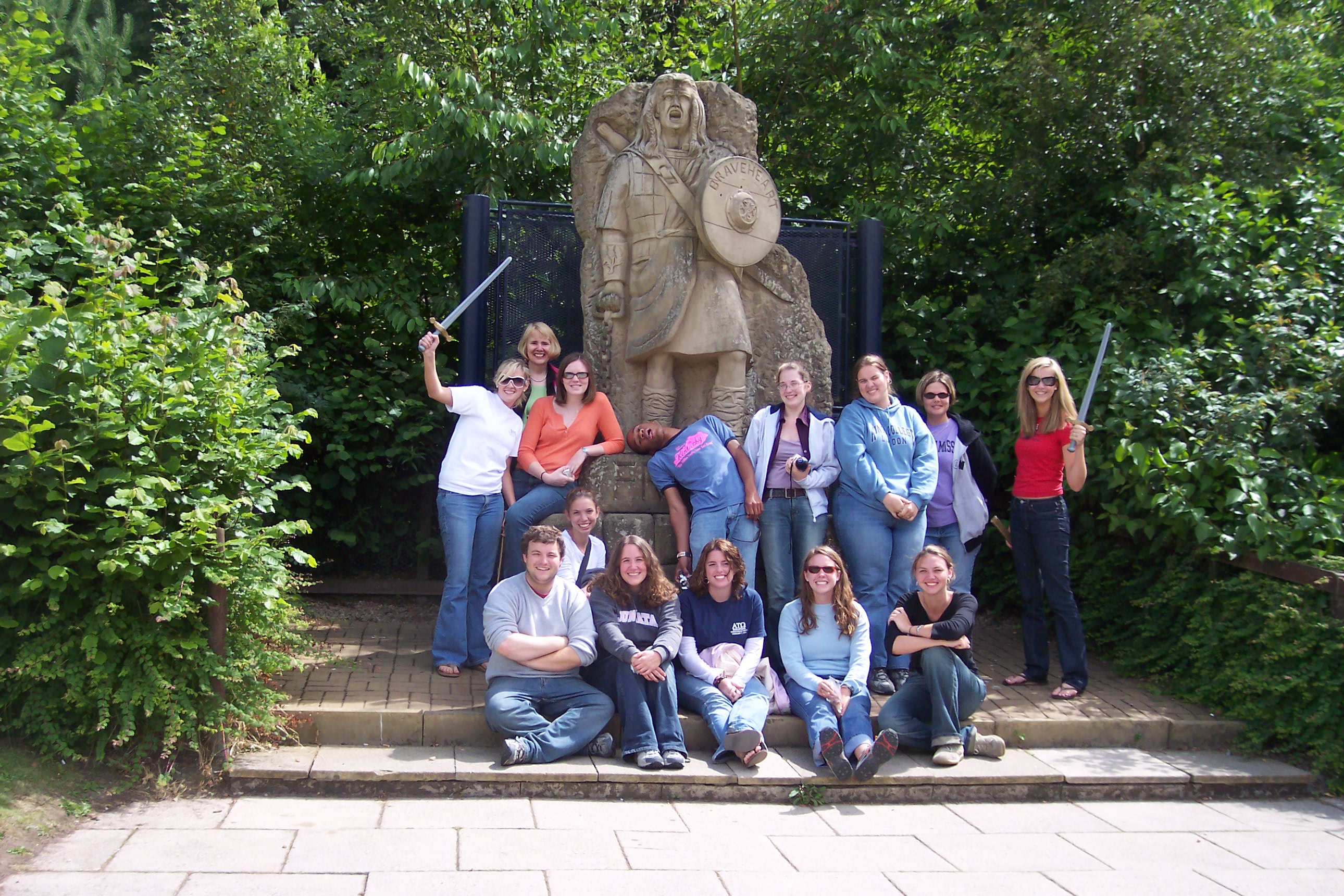 It is difficult to separate the history and culture of Great Britain from the personalities, politics, and policies of its monarchs.  Who can imagine the Church of England without Henry VIII (and his wives),  the English Renaissance without Elizabeth I (or Shakespeare's plays without the Wars of the Roses), the American War for Independence without George III, the British Empire without Queen Victoria or contemporary royal roles without Prince William? By listening to lectures by British experts on the monarchy; by studying historical, artistic, and literary portraits of the kings and queens; by visiting palaces, castles, educational institutions, and churches associated with royal rule, this course will focus on the ways in which the monarchy has shaped political, social, economic, religious, and intellectual developments in Great Britain from the Anglo-Saxons to the present.

In addition to Westminster Abbey, the Tower of London, Hampton Court, the Houses of Parliament, the British Museum and Library, the V & A Museum, and the National Portrait Gallery in London, students will visit royal landmarks in Canterbury, the site of the martyrdom of Thomas Becket; Oxford, a royalist stronghold during the Civil Wars; Windsor, the home of British monarchs for over 900 years; Winchester, the capital of the Anglo-Saxon world; Edinburgh, the home of the Stuart dynasty and birthplace of Mary, Queen of Scots; and Stirling, the site of the Scottish Wars for Independence. Lectures will explore themes dealing with the politics of the monarchy, church-state conflict, cultural representations of royal power, and pivotal events in British history.

Royal Britain: The Monarchy from Alfred the Great to Elizabeth II will be one of twenty-plus different courses in the arts, humanities, social sciences, business, and health sciences offered in London during the summer of 2006 by the British Studies Summer Program of the University of Southern Mississippi.  The College of Charleston has been a member of this consortium since 1999.  See the British Studies web site at https://www.usm.edu/internationaledu/programs_2/british.htm for more information.